Late November, 2008. It was my first American Thanksgiving weekend, and it wasÂ my best ever.Â Cassie’s parents live in Las Vegas, in aÂ nice gated communityÂ called Spanish Trail. In theÂ few years they’ve been there, Cassie’s DadÂ has already got himselfÂ elected as the President of the Residents Association (or something). He calls himself the “King”, but no-one else does (except Cassie – she loves her Daddy).

Thanksgiving traffic is famous. I should have taken the train to LA, but I had a big suitcase, and I needed flexibility for my return journey. I was able to nip off from work early, but even leaving at 1330 on Wednesday had me taking 6 hours to drive to LA. Monstrous. Train for definite next time.

The drive to Las Vegas is pretty spectacular in places, with great expanses of scrub and tumbleweeds, and the orange mountains in the distance, under the stark blue sky. The problem is, the straight road and the distance make it very similar to the Desert Bus Game, albeit from LA to LV rather than from Tucson.

Joining Cassie and I and her parents for the big dinner were some of her parents friends, who were very nice, and the food was good, and the wine wasÂ good, and the surroundings were good and it was very nice all round.Â None of the histrionics I had come to expect from watching countless Thanksgiving episodes of American sitcoms.

The food included the traditional turkey. I explained about how turkey is the Xmas food in the UK, and that we don’t do Thanksgiving (I’m sometimes surprised at how many people ask me that). With the bird we had Italian stuffing, chestnut stuffing, cream mashed potatoes,Â pumpkin squash souffle and other sides. For dessert we had pumpkin pie (of course), whipped cream, chocolate cookie pie (not sure what it was really called, but it was delicious) and a cheeky little sparkling Chiraz (I know!) that Cassie and I have been enjoying recently. Cassie’s Mum is an awesome cook, and she loves feeding her family and friends. She gave me some Spaghetti sauce in freezer containers, of which I am enjoying the second batch this week.

There’s a common misunderstanding that goes around here about turkey. People say it contains high levels of an amino acid called tryptophan, which causes you to feel sleepy. This story gets trotted out every year, and every year doctors and scientists have to explain that no, it’s the thousands of calories and multiple glasses of wine that make you sleepy. That and all the college football.

While digesting, we watched a movie-on-demand. Having watched The Savages a couple of weeks previously, I really didn’t need to see Smart People, but it was the consensus. Apart from anything else, I didn’t care about any of the people. The fact that the premise is effectively the same (fractured family comes together, injury forces members to help etc.) didn’t help matters. That said, it’s true that The SavagesÂ affected me more because the storyline concerned an elderly parent and adult children. I still find myself affected by memories of the deaths of my parents.

So just to remind me some more about age and mortality, the next night we watched Young At Heart, a brilliant documentary about a singing group in Massachusetts whose average age is 80. They sing standard show tunes, but also adapted versions of songs like Schizophrenia by Sonic Youth (“You can’t understand the words!”) and Talking Heads songs like Life During Wartime and Road To Nowhere. The latter was particularly apt given that the original video for that song had the Hi Vista Community Hall SingersÂ performing theÂ opening and closing refrains – it echoed the community spirit of the story. It’s a great movie, and one that had us all welling up.

Cassie’s Mum (or should I start saying “Mom”?) asked me to check her computer for spyware and stuff, because I am that most precious of family members, the one who is “good with computers”. I agreed of course, and I was pleasantly surprised to find she is using Firefox, and her security software is all up to date. This is a big change from someone elses machine I used to check. One Xmas I updated their virus files. The following Xmas I checked their virus files and found they had been updated “…365 days previously. Please update now.”

Cassie and I had splashed out and booked a nightÂ at The Venetian, one of the less crazy hotels in Vegas, with just a small recreation of the Venice canals up on the 4th floor, complete with gondolas and boutiques. The room was pretty nice, aÂ split level with a king-sized bed, remote control drapes, big TV, marble everywhere and a great view of the hundreds of air-conditioning units covering the roofs below. I was seriously coveting the lamps, but I have to be careful about what that means. We got room service and watched a completely legitimate DVDÂ of Stephen Fry’s America documentary, specifically the episode where he went to Nevada and California. Nicely meta. It was interesting to seeÂ his take onÂ Vegas while stretched out in a hotel room in Vegas.

That evening we joined the folks again to go and see the musical Jersey Boys,Â theÂ musical story of Frankie Valli and the Four Seasons. It was a really slick production, with great a falsetto performance from the lead, and many songs that I never realised were originally Frankie Valli songs (like Bye Bye Baby, which I thought was by the Bay City Rollers. Yes, I know now, don’t I?). The show was performed in a special full size theatre built inside hotel casino just for this run, and it was comfortable and spacious – a big change from London theatres. But did it lose the charm? Don’t think so.

After the show, we had dinner with the folks again, and after that, and a couple of Grey Goose Gimlets, I was ready for bed. We slowly made our way back through the casino, drinking in the atmos, andÂ finally crawled into the huge bed.

Opening the curtains by remote control fromÂ said bed was cool, but I could have done with a couple more hours in the dark. But, we had to get up and go, especially considering we had our drive back to LAÂ in the not-quite-so-atrocious post-Thanksgiving traffic. It did take a couple of hours more than usual, but at least that gave us time to listen to crazy right-wing AM talk radio as we stop-started through the desert. 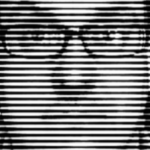