If I Had My Document Way…

…official templates would not be created by the unqualified.

That sounds snobby, but if you end up using a template that looks all right, but has all the problems I’ve talked about in these posts, then it becomes a problem for everyone. Don’t delegate it to anyone who has the time.

Give it to someone who has the knowledge and the experience to create something that is correctly set up and will hopefully prevent many of the issues we see.

Over on the Coiled Spring, I describe how I drew a Pete Frame-style Rock Family Tree for Flange Circus, Zirkus, BBO, and all their related groups and people. I used the free diagramming tool yEd, which was great.

This diagram accompanies the latest episode of my podcast, which you can listen to while perusing the details of the seminal post-rock history. 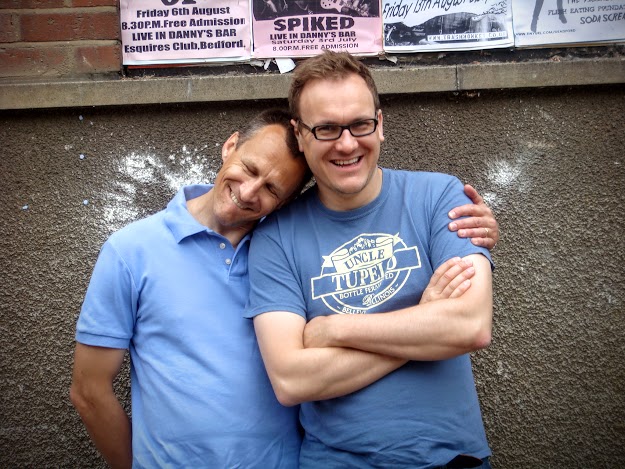 Even a couple of days ago, I had to wear a fleece to walk the dog first thing in the morning. This morning I was in shorts and t-shirt, and when I got out of my car at work, the parking lot was stuffy and warm.

The weather is beginning to think about warming up again, from the lovely 18°C we’ve been having to the brutal 40°C+ with stifling humidity we can expect.

I was reminded of the scene in the 1956 classic ‘Forbidden Planet’ where Dr Morbius realizes the invisible monster that slaughtered his whole crew has returned to wreak more havoc. He sits slowly at his desk, and says to himself,

I’ve managed to get another Coiled Spring episode out, and it’s available here. Now I’ve ironed out some glitches with the podcast creation script, I should be able to clear the backlog – so that means there will be a few more coming!

I’ve also been playing with other audio experiments, such as this phasing trick using the names of the twins:

Cassie and I don’t want to perpetuate any kind of colour-based gender bias. It’s infuriating to see so much stuff on sale that is divided by colour for boys and girls. I think it may be particularly bad here, because people seem to have embraced it (or at least haven’t become more progressive about it yet). I’ve had people ask if Arthur was a girl because of an item of clothing he was wearing – despite the clothes being as neutral as we can find. To be honest, we both prefer neutrals and more “masculine” colours, and find the pink tutus and flower headbands to be gross IOHO.

It’s hard with twins who are different sizes and have different dietary requirements. We have to keep track of whose clothes are whose, and whose bottle contains which formula. Using blue and pink bottle lids does make it easier to remember which bottle is which. In fact, we divided the lids into two groups – blue and green; and pink, red, and yellow. We could swap it around, but in this case, surrendering to the socially-reinforced stereotypes does make it easier. “Everyone knows” pink is for a girl.

Where did this colour business come from anyway? Apparently clothing colour only became a gender signifier in the early 20th century. Before that babies just all wore dresses. But it seems that as time goes on, these beliefs have become more entrenched, to the extent that some people have quite strong negative reactions to you making your boy wear pink, for example. Girls in blue seem to not be such a problem, but it’s disturbing to think that people actually believe that the clothes babies wear should reflect their assigned gender, and that using the wrong colour could even affect them – like “turning them gay” for example. PAFI.

I remember when US department store Target caused a ruckus in the ignorant-as-all-hell community by simply taking down the signs on the aisles that said ‘Toys for Boys’ and ‘Toys for Girls’. One aisle was still full of toy trucks and footballs, and the other was still full of dolls and make-up toys, but it was now up to the customer to decide who got what. Target was bombarded with comments and emails, saying it was “political correctness gone mad” (a wonderful way to identify people whose opinions you shouldn’t rate too highly), claiming Target was enforcing some kind of liberal agenda, and vowing to boycott. Again, PAFI.

We do the best we can. In terms of Maslow’s Hierarchy, Arthur and Edith have it pretty good.

Cassie bought a lovely felt aeroplane mobile (UK pronunciation: mōbīl, US pronunciation: mōbēl, it’s a wonder we ever get anything done) from the nice people at Dundry Hill Feltworks to hang over the babies crib. It’s beautiful, but I didn’t want to hang it from the ceiling or attach it to the wall. For one thing, this is a rental, so making holes is undesirable. This is why I have a relationship with 3M Command Strips and hooks bordering on the obsessive. Also you can never tell here in the Abu Dhabi suburbs whether a particular wall or ceiling will be harder than diamond or crumble like meringue.

The other option is a supporting arm of some kind that clamps to the crib. These are available to buy, but not conveniently in the UAE. Delivery is a PITA.

So DIY it was. I know that a lot of people use PVC pipe to make the frameworks for various things. A quick Google image search demonstrates that. So I went to the local Ace Hardware (they have them here, thank goodness – and right next to IKEA!), bought some bits and rigged something up.

I did eyeball it all and make some rough assumptions, but in the end it worked out great. The mobile is at the correct height, and hanging right over the centre of the crib. I might shorten the top length of string so it hangs a little higher. 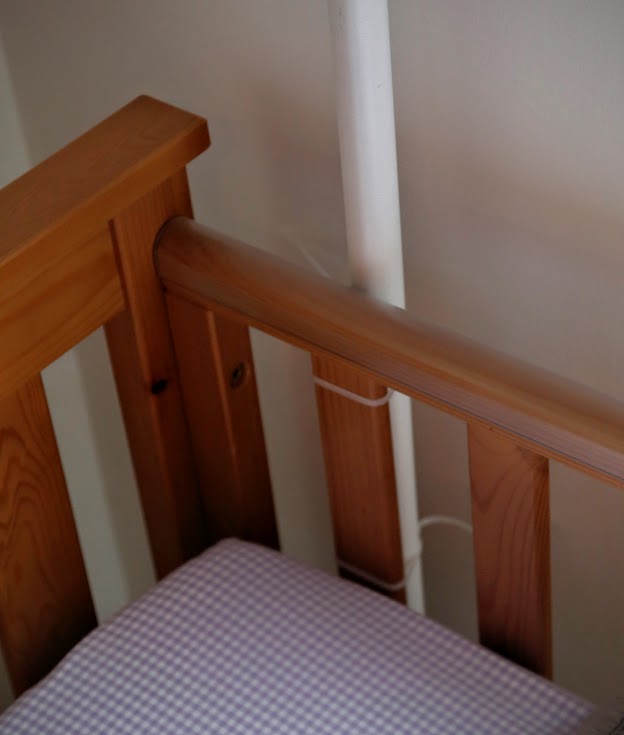 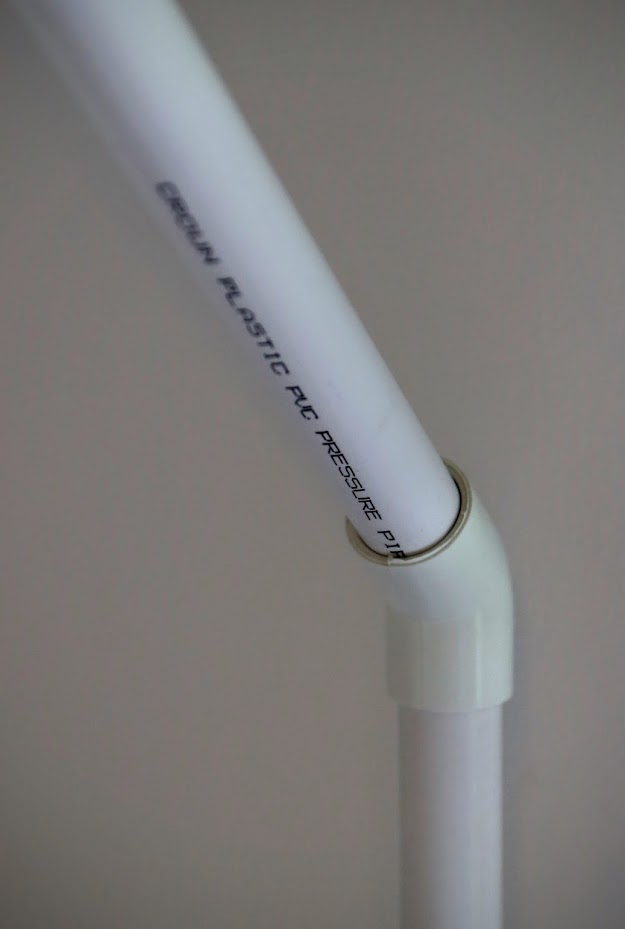 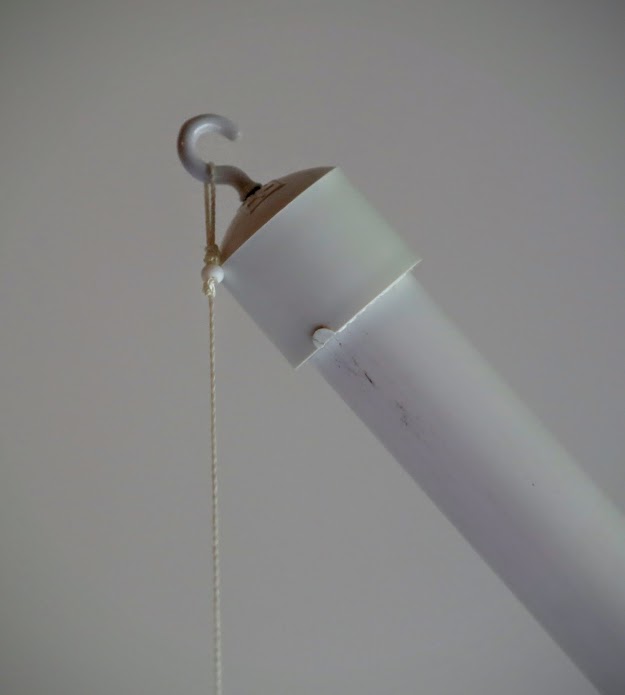 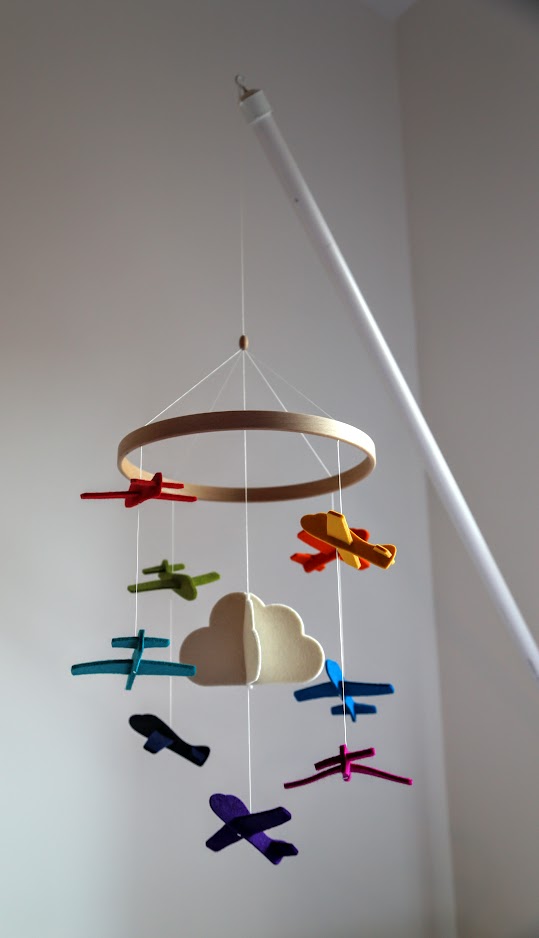 I’m very happy with the results. I think it will be plenty strong enough, as long as nobody tries to climb it, or suspend housebricks from it. The plain white pipe looks fine. The arm rotates out of the way when access is required. I might try and remove the black printed manufacturers writing on one side that I tried to turn towards the wall.

Now if I combine PVC pipe with Command Strips…

In my recent posts I suggested that the names of our less-than-two-month-old twins were just plucked out of think air. Of course that was a bit of a lie, as shown by my wife’s post on the same subject on Facebook. I include it below for the record.

What’s in a name? I have been asked a few times about the origin of our children’s names so I thought I would share it with you here.

Several years ago, when Matt and I were first starting to talk about having children, I had a dream that a little girl came up to me and said, “Hi mommy. I’m your daughter. My name is Edith.” Now, this was not a name I had ever thought about before but it’s the kind of name I like and so I decided that she could have the name she told me she wanted.

Lenore is a family name. It is my mother and my niece’s middle name. It is from “The Raven” by Edgar Allan Poe.

We knew both babies would have their father’s last name and not mine so we decided to stick with a British theme for names. Arthur is simply a name we liked a lot. We then went to Wikipedia and found a bunch of Arthurs throughout history and fiction that we both found intriguing. Chief among them Arthur Conan Doyle, Art Garfunkel, Arthur Miller and Arthur Dent. Bonus: Harpo Marx’s first name is actually Arthur.

Elliott (double L, double T) is for Elliott Smith, my beloved songbird. If you know me a little bit then you know how important this artist is to me. It seemed fitting to name my son after him. Well, middle name at least.

And there you have it. Two kids, four names, the weight of history on their young shoulders.