We bought a little fridge to put extra stuff in like cold drinks and whatnot (I’ve been saying “whatnot” a lot lately). It arrived on Xmas Eve like a miracle from Santa. The door opened the wrong way, so I went to swap the side it opens, which is a common thing you can do with most fridges. It looked like this was going to be easy.

In the photo below, I’ve removed the top metal bracket from the fridge, revealing the holes in the body, and the hole in the top of the door for the bracket. The same holes are in the other side of the fridge, telling me that swapping the direction of the door is a normal decent reasonable thing to do. 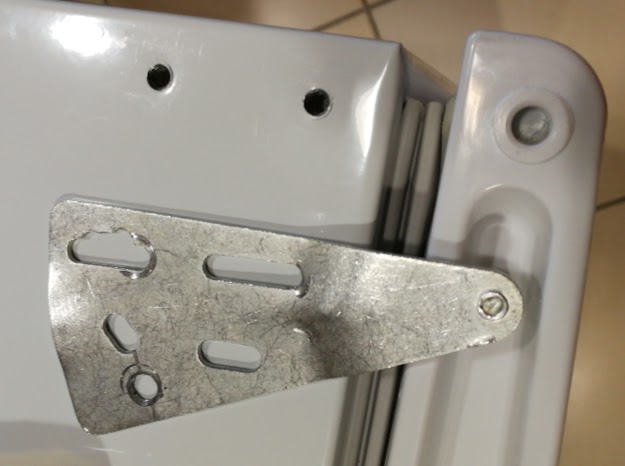 In the following picture, you can see that when I moved the metal bracket to the other side, the existing holes in the body of the fridge don’t line up with the holes in the bracket. The bracket does not have the right holes in it. You can see the top of the door has the right handhold, and the metal pin on the bracket goes into the hole provided on the door, but the key part included prevents you from making a simple change that you would expect to be able to make. 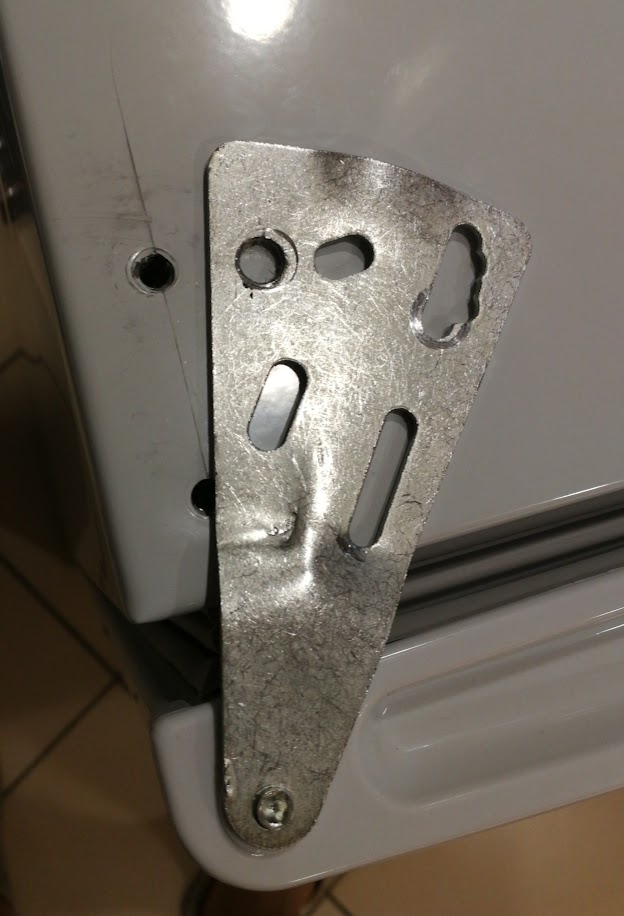 This was going to be a giant PITA, involving repacking the fridge, waiting for delivery people to collect it, waiting in line, getting effed about and stonewalled in Carrefour, and regretting not living somewhere with statutory consumer rights.

Luckily, I recently, and on a complete whim, bought a cheapo and quite wobbly drill stand. This meant I was able to drill my own holes in the metal bracket with relative ease (although the children didn’t like the noise). i even wore goggles and everything. 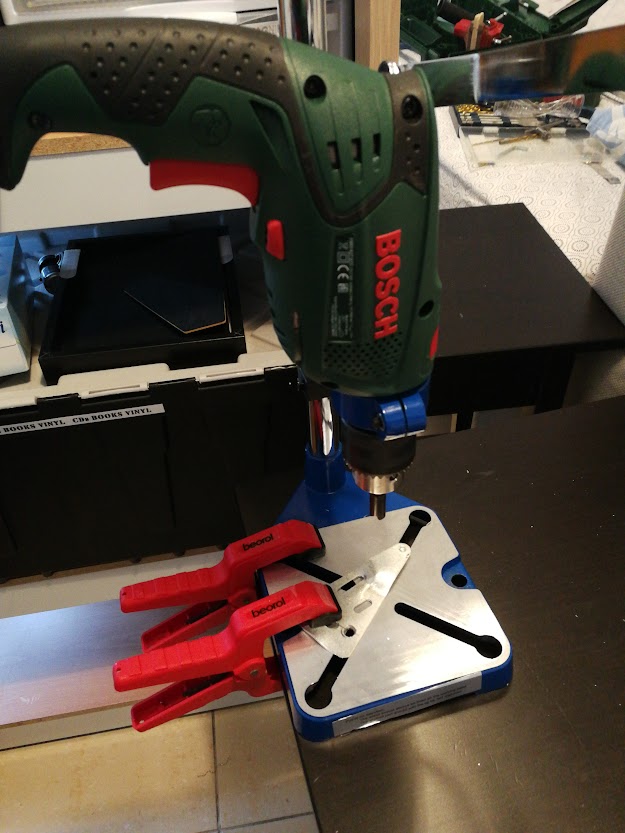 Once that was done, I could put the bracket on the left side, and fit the door as intended. Only one hole was done here, but you can see where I was marking the second one. All fixed. 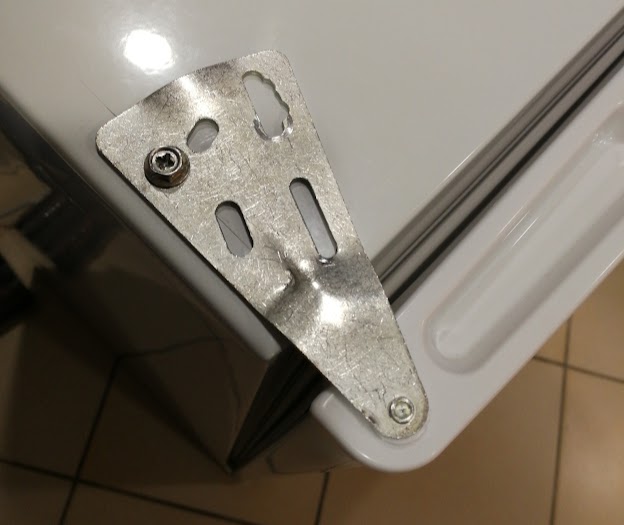 What a pain. Anyway, to make up for it, the fridge is made by Thomson, which reminded me of this scene from ‘Das Boot’:

“Well goodbye, we obviously have nothing in common. I’m a genius, you’re f—ing wankers, you’ll never see me again. You don’t deserve to see me again.”